The World of Gaianar Concept 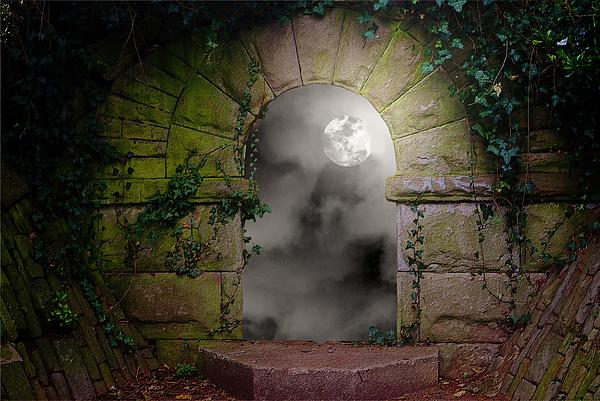 Chris says: I was introduced to role-playing in college by an amazing storyteller (and priest) named Harvey Sturgis. He had created his own world with its own mythology and self-consistent history. He literally had a suitcase full of files he had typed up that told the story of Hubland (his gaming world). This was before the Internet and before the advent of computers with large storage. So he actually had a typewritten game. I had thought we were playing Advanced Dungeons & Dragons, but we were, in fact, playing a highly modified version in which Harvey Sturgis' rules superseded most of the shortcomings of AD&D. His storytelling was so amazing that if you closed your eyes you could imagine yourself in Hubland. He was that good.

In 1991, I decided to try my hand at designing/running my own campaign. I immediately ran into the same problem that Harvey Sturgis ran into: the game rules as written were basically unusable. So I started writing a large collection of "house rules" for World of Gaianar so that my game idea could function within the AD&D framework. Over time, the Gaianar rules became more complete and I didn't need to rely on any AD&D source material. By 1996, World of Gaianar was complete in its own right with character creation, character classes, spells, a detailed world map, and a vibrant (and self-consistent) culture. The game blends elements from horror, Steampunk, and the Old West. In this world, you can encounter mad scientists (Mathematicians and Necromancers), wily Sheriffs (Gunslingers and Investigators), bold fighters (Warrior, Barbarian, and Cavalier) and spell-slinging clergy of all kinds (Shaman, Ranger, Priest, Paladin, and Protector). I designed this game on purpose to have no "mage" or "magic user" character class. Instead, I spread those abilities around to other character classes so that it would encourage players to be more creative and more cooperative in their party configurations.

I met Matt Hannum in the late 1990s. He turned out to be one of the best friends that I ever had. He is also a game enthusiast who has experience in designing/modifying role-playing games. With his help, we eventually formulated World of Gaianar 2nd Edition. This version added Constructs and Wereites (human-animal hybrids) as playable character races and added the Necromancer and Mentalist as character classes. It also featured a lot of power-balancing for the spells.

In 2017, Matt Hannum and I began work on World of Gaianar 3rd Edition. While the combat mechanics are relatively unchanged, the Book of Spiritual Powers is being treated to a full revision from the ground up. Spells are now scalable to the caster's level. This means that you won't find a lot of duplicated spells like "Heal Small Injuries", "Heal Moderate Injuries", and "Heal Serious Injuries". Instead, you will just have "Heal Injuries" and the base spell gets more powerful as the caster gets more powerful. Additionally, a lot of spells that used to have only combat effects now have peacetime uses as well. For instance, a spell that creates a bolt of ionizing radiation can now also be used to sterilize surgical instruments. Or a wind vortex spell can also be used to spin a wind turbine for power generation. Likewise, the 3rd Edition features "mentoring". This allows a high-level character to grant a single-use access to a high-level spell to a character of lower level. The character class spells have been modified in keeping with their motif. For instance, Mathematicians have spells that strongly affect Constructs but are weak against the Undead. By contrast, Necromancers have spells that strongly affect the Undead but are weak against Constructs. Finally, 3rd Edition has been scrubbed of "murder" spells. In other words, all potentially-lethal spells now have saving throws as a defense. Teleportation spells have been reworded in order to preclude them being used for 3:00AM assassinations. There are no instant-slay spells. Instead, everything has rolled damage.

Looking ahead, we will be rewriting the Game Master's Notes when the Rules for Players and Book of Spiritual Powers are 100% completed. Sadly, this volume was lost due to hardware failure on the computer I wrote it on. It was written in the days before cloud storage. So if your computer failed and your backup also failed, you were Shite Outta Luck. Yeah, there's a reason nobody uses tape drives for archival backups anymore. They don't work. We will also eventually be revisiting the Creatures Guide. The gaming world focuses more on the misdeeds of people over the threat of strange monsters. So I don't anticipate that volume needing a lot of work. We are probably going to eliminate "experience per kill" as a monster stat, however. After all, you can learn from an encounter with a monster even if you don't kill it.

So stay tuned for more World of Gaianar developments. Feel free to use it for your own campaigns. You can even modify the rules to suit your needs. All we ask is basic respect: Give us credit for writing this game, don't resell it for a profit (unless you get written permission in advance from us so that we can get a piece of the action), and don't claim as your own what others (like us) have written. Enjoy!

Gaianar would not be in its current state of evolution without the aid of Matt Hannum. A man of many talents, Matt is an experienced engineer, landscape painter, photographer, and video game designer. Being friends with Matt Hannum is kind of like being friends with Leonardo Da Vinci.

Chris has a degree in Mathematics and is a Wiccan Priest. Chris (under the Pagan name "Indigo") has served as a worship coordinator for Turning Circle since 2010 and has been active in the Pagan/Wiccan community since 2008. Chris is married to his spouse (Douglas Beatty).

Chris is also is a fan of creative writing and has one novel and one book of poetry in print. If you want to buy a copy,

click here!). Under the guise of Indigo, Chris puts his poetic talent to work by writing the liturgy for worship services at Turning Circle (

Other hobbies include hiking, bicycling, and weekend power-walks.

Matt has a degree in Engineering from a prestigious university in which he graduated second in his class. Matt also works professionally as an engineer. In his spare time, Matt is also an avid landscape painter and has had modest financial success in that endeavor. If you want to buy one,

click here!) Matt is one of those rare individuals that has vibrant creativity (right brain) and razor-sharp analytical capabilities (left brain) in the same person.

Matt is also a big fan of role-playing games, video games, and travel to exotic locales.

He also puts up with being strong-armed into weekend power-walks with Chris and Doug.

World of Gaianar didn't get developed in a vacuum. It has been tested in campaigns since 1991 in various incarnations. Where would this game be without all of the great feedback and ingenuity of the players? So we're really grateful to the following people who gave us a real run for our money: Douglas Beatty, Dana Fillhart, Ed Carson, Ed Doell, Tracey Butler, Ronnie Knapp, Mike Hadaway, Sean Hillman, Steve Mumford, Joel Tyler, and probably a dozen or so others!

Special thanks goes to the Reverend Harvey Sturgis. He never saw this game, but it wouldn't exist if he hadn't made his game first. His World of Hubland was a vibrant, believable place and his storytelling was second to none.

Summary from The Free RPG Blog

"It's different to anything else I've read. Gaianar, either as a Setting or a combined System-Setting has plenty for the avid gamer who is utterly fed up with me reviewing Lite games!

Many thanks, Christopher!"
Posted by Rob Lan, The Free RPG Blog