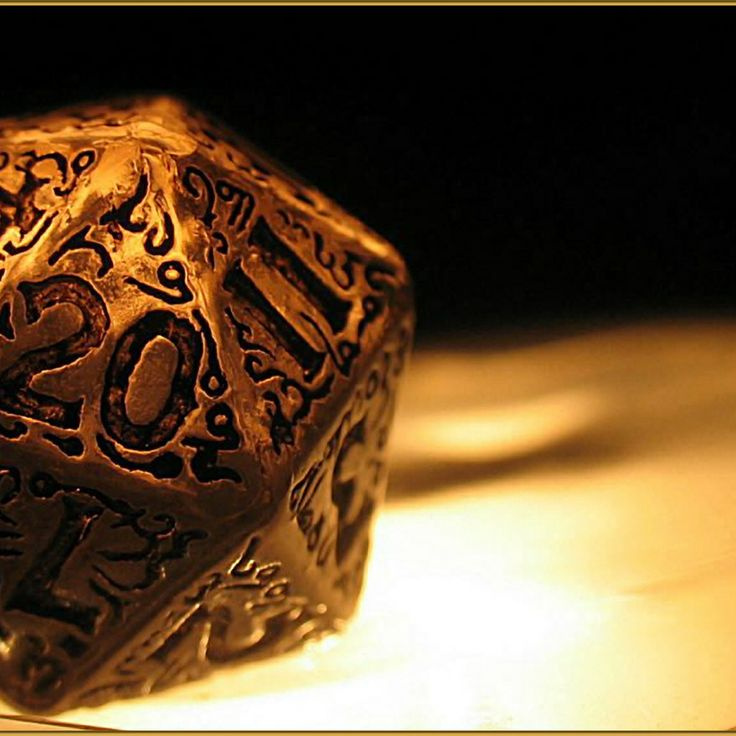 This section describes what happens to a character when the player makes either the best roll possible or the worst.  The best success is called a "critical" success, while the most horrendous failure is called a "critical" failure.  Either way, these two scenarios can make for darkly humorous or downright grim consequences.

There are two dice that can be considered for critical successes or failures:  The twenty sided die, and the percentiles.  Both these dice are used extensively in physical combat, spirit combat, saving throws, ability checks, thieving checks, and divine intervention.  The scenarios below displays the qualifications for a critical success. The scores listed are unmodified die rolls.  In other words, a roll of 1d20=17 that has a +3 modifier does not count as a critical success.   Likewise, neither does rolling a 2 on a 1d20 using a damaged sword (-1 penalty) constitute a critical fumble. Likewise, when percentiles are used, 01-05 and 96-00 are considered "critical" scores (these are raw scores without modifiers.) Critical successes earn one wish piece for the Player.

When determining the result of the critical success or failure, the Player (or alternatively the GM) rolls a d20 for the outcome. The GM can also improvise a suitable result if the rolled result doesn't make any sense for the given situation. The improvised result should be of a similar level of sanction/reward as the rolled result.

1: An ordinary success, but with extra special effects. You look good doing it.

2-4: Earn an extra wish piece (i.e. Player gets two instead of just one)

20: Free activation, no BMS expended, and triggers at 100% extra power.

2-4: Off-balance: Your enemy stumbles and loses the next parry.

9-12: Quick hit: You can take an extra swipe at your target (immediately, but no modifiers).

20: Crippling blow: Target must save vs System Shock or take a Dreadful Wound.

1: An ordinary success, but everyone notices your precision!

2-4: Sensitive Strike: +3 damage due to striking a sensitive area of the target's body.

5-8: Target Lock: +4 to Hit for the next two attacks with the same weapon vs same target.

9-12: Rapid Shot: You can take an extra shot at your target (immediately, but no modifiers).

20: Crippling shot: Target must save vs Magical Weapon or take a Dreadful Wound.

1: An ordinary success, but it was still a damned good parry!

9-12: Defensive Vigil: +4 to Parry against same enemy using same weapon for next 2 rounds.

17-19: Reflection: Half of parried damage reflects to the attacker.

20: Sentinel: Character gets 4 parries per round for this round and next round.

1: An ordinary success, but it looks flashier with extra special effects.

9-12: Efficient Discharge: The spell/power uses only half the usual SP or BMS.

2-4: Circuit Breaker. The innate power is overloaded and cannot be used for one day.

17-19: Painful activation: The power succeeds, but the character loses next action.

1. Tell-tale Attack: Your body language tells all. Your foe parries at +8 and the parry is free.

2-4: Distracted. Your thoughts are elsewhere and you get last initiative next round.

5-8: Dropped Weapon: Your weapon flies out of hand. Use "Lose Footing" if bare-handed.

9-12: Lose Footing: Enemy gets a free attack due to your stumbling.

13-16: Poor aim: You miss your target and have the possibility of hitting a nearby ally.

2-4: Reload Failure: Your gun jams or bow string breaks. Weapon must be repaired.

5-8: Terrible Aim: You miss your target and have the possibility of hitting an ally.

13-16: Enraging shot. Your ruckus draws the aggression of nearby enemies.

2-4: Flattened: You are knocked flat and stunned for 1d4 rounds (defensive actions only).

9-12: Fumble: Drop parrying device (can recover next round)

5-8: Costly Failure: Power consumes the usual SP/BMS despite not working.

9-12: Shaken Confidence: Next power activation is at a -4 penalty.

13-16: Splitting Headache: Cannot use spiritual powers for the next 1d4 rounds.

20: An ordinary failure, but everyone nearby notices that absolutely nothing happens.